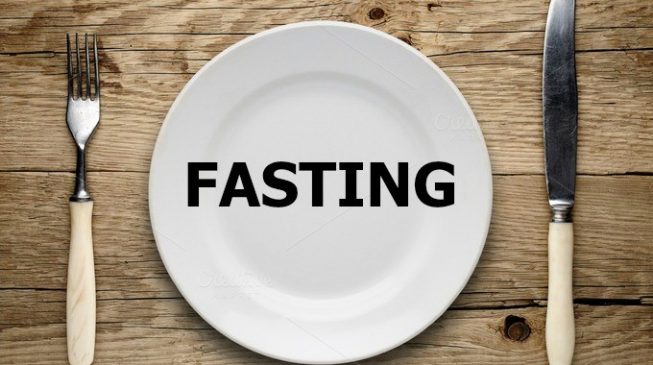 Bible verses on fasting help decide the kind of fast and purpose of fast. In Luke 4:2-4 Jesus Fasted and Prayed 2 for forty days and was then tempted by the devil. He ate nothing during those days so was hungry. 3 The devil said to him, “If you are the Son of God then turn stones into bread.” 4 Jesus answered, “It is written man shall not live bread alone.’ Jesus told His disciples in Matthew 17:21 and Mark 9:29 in the Bible evil spirits of that kind is only driven out by prayer and fasting. Power of prayer and fasting enables intense time of prayer with God to focus more to seek the Face of God to become more empowered and receive God’s direction to take action. Except by prayer, answers and miracles from God are unattainable, hindered by spiritual wickedness in high places. Fasting is a Biblical normal part of Christian life in obedience for God to hear and answer prayer when HE wants to do so. People fast for various reasons in Bible, based on circumstances God is sought after. Prayer for breakthrough breaks barrier through power of the Holy Spirit’s outpouring. Fasting is part of God’s warfare strategy to defeat the demons of rebellion, pride, witchcraft, poverty and lack. When evil witchcraft spiritual attacks unfold God’s POWER manifest to destroy it in the Mighty Name of Jesus. The evil curses and witchcraft spells are broken and removed in the Name of Jesus to get solution to live in peace and experience healing from God in Jesus Name. Before starting a fast if you have any health or medical problems check with a doctor if on medication. A person starting fast, if first time, especially the young children fast half a day drinking water or fruit juice praying from 6am-12 noon is more than enough for God to answer prayer. If there are no health problems the next level is a full day fasting with water or fruit juice, to help the body to cope with withdrawal of food. If prayer or fasting lasts for three days it is wise to drink water or fruit juice to ensure the body is healthy and coping well. Jesus the Son of God’s body lasted without food for 40 days. An ordinary human body must be careful because the body lasts from two days to a week without liquids but the person’s health, weather and individual physical activity levels help determine how long a person lasts without water. Estimating how long bodies do without food or water tends to depend on weeks worth of reserve energy from food in the body already. Water regulates body temperature, digestion, waste disposal, hydration, 7 days is the maximum limit the body can cope. God’s General Robert Liardon once said, if prayer and fasting is not heard or answered by God within three days something is seriously wrong so join prayer agreement with matured mentor prayer warriors to deal with the root of persistent problem. If one defeat a thousand and two defeat ten thousand then to see value of corporate prayer in Jesus Name. Stop fasting immediately to seek deliverance and Godly direction to overcome challenges. Never start a dry fast without water and food more than three days unless trained Biblically first to know and understand the reasons for fasting. Do not fast for 7 days without any water or fruit unless you are under the authority and guidance of seasoned pastor among other believers for help or support. Do not copy people bragging of fasting: 10, 14, 21, 40, 70 days to think God will answer your prayer too. There is special reason long fasting is required in group fasting for the religious rituals. Children or sick people must never be forced to fast because you fast on behalf of family. The Bible allows intercession prayer on behalf of family household so everyone cannot be forced to partake in it before God HEARS. A personal prayer Jesus says, go into private closet to pray so God will hear to openly reward you.

1 Jesus told his disciples this parable to show them they should always pray and not give up. 2 He said: In a certain town was a judge who did not fear God or cared what people thought. 3 There was a widow in town who kept going to him to plea, ‘Grant me justice against enemy’ 4 “For some time he refused but finally said to himself, ‘though I don’t fear God or care what people think 5 because this widow keeps bothering me I will see to it she gets justice, so she won’t bother me’ ”6 The LORD said, “Listen to what an unjust judge says. 7 If so will God not bring justice for HIS chosen ones, who cry out to him day and night? Will HE keep put them off? 8 I tell you, HE will see they get justice quickly. So when the Son of Man comes, will He find faith on earth?” 9 Those confident of their own righteousness look down on everyone. Jesus told a parable: 10 “Two men went to temple to pray, a Pharisee and a tax collector. 11 The Pharisee stood and prayed: ‘God, I thank you I am not like others, robbers, evildoers, adulterers or like this tax collector. 12 I fast twice a week and give tenth of all that I get.’ An attitude of repentance and humility is essential for God’s intervention to fast:

2. To seek God’s wisdom. Paul and Barnabas prayed and fasted for elders of the churches before committing them to the Lord for His service in Acts 14:23.

3. To show grief. Nehemiah mourned, fasted, and prayed when he learned Jerusalem’s walls broke down, leaving the Israelites vulnerable and disgraced in Nehemiah 1:1-4.
4. To seek deliverance or protection. Ezra declared corporate fast and prayed for safe journey for Israelites as they travelled 900 miles to Jerusalem from Babylon in Ezra 8:21-23.

5. To repent. After Jonah’s judgements against Nineveh city, the king covered himself with sackcloth and sat in the dust with people to fast and pray for 40 days. In Jonah 3:10, “God saw how they turned from their evil ways so forgave

6. To gain victory. After losing 40,000 men in battle in two days, the Israelites cried to God for help. In Judges 20:26 the people went to Bethel, “sat weeping before the Lord.” They “fasted that day until evening.” The next day the Lord gave them victory over the Benjamites.

Do not deprive each other except by mutual consent for a time if devoting yourselves to prayer. Come together again so that satan will not tempt you because of your lack of self-control.

Philistines heard Israel assembled at Mizpah when rulers of Philistine came to attack them. Israelites were afraid because of the Philistines so fasted.

They mourned and wept and fasted till evening for Saul and son Jonathan, for the army of the LORD and for the nation of Israel fallen by the sword.

In worshiping the LORD and fasting, the Holy Spirit said, “Set apart Barnabas and Saul for the work God called them.”

Paul and Barnabas appointed elders in each church with prayer and fasting, committed them to the LORD, in whom they had put their trust.

I ate no choice food; no meat or wine touched my lips; and I used no lotions at all until the three weeks were over.

“Go, gather together all the Jews who are in Susa, and fast for me. Do not eat or drink for three days, night or day. I and my attendants will fast too. Then I will go to the king, though it is against the law. And if I perish, I perish.”

Moses was with the LORD forty days and forty nights without eating bread or drinking water and wrote on tablets the words of covenant Ten Commandments.

The LORD, “said return with all your heart with fasting, weeping, mourning.”

Fast twice a week give tenth of asset.

When I heard these things, I sat down and wept. For days, mourned and fasted and prayed before the God of heaven.

10 I weep and fast and endure scorn.

13 When they were ill I put on sackcloth and humbled myself with fasting. If my prayers return to me unanswered, 14 I go about mourning as though for friend or brother. I bow my head in grief like weeping for my mother.

12 “Even now,” declares the LORD, “return to me with all your heart, with fasting and weeping and mourning.” 13 Rend your heart and not your garments. Return to the LORD your God, for HE is gracious and compassionate, slow to anger and abounding in love, and HE relents from sending calamity.

3 After they fasted and prayed, placed their hands on them and sent them off. 4 The two went on their way with Holy Spirit to Seleucia and sailed to Cyprus.

3 I turned to the LORD God and pleaded with HIM in prayer, petition, fasting in sackcloth and ashes. 4 I prayed to LORD God and confessed: “LORD the great and awesome God, who keeps covenant of love with those who love HIM and keep HIS commandments, 5 we sinned, done wrong, been wicked, rebelled so turned away from your commands and laws.

15 Nathan went home, the LORD struck the child Uriah’s wife had with David so he became ill. 16 David pleads with God for the child. He fasted, spent nights in sackcloth on the ground. 17 The elders of his household stood beside him to get him up from the ground, but he refused, and did not eat any food with them.

Ahab sold himself to do evil in the eyes of the LORD, urged on by Jezebel his wife. 26 He behaved in vilest manner by going after idols like Amorites the LORD drove out before Israel. 27 Ahab heard God’s words from prophet Elijah, tore his clothes, put on sackcloth fasted, lay in sackcloth and went around humbly.

21 By Ahava river, I proclaimed a fast, to humble ourselves before God and ask HIM for a safe journey for us and our children, with all our possessions. 22  I did not ask the king for soldiers and his horsemen to protect us from enemies on the road, because told the king, “The gracious hand of our God is on all those who look to him, but his great anger is against all who forsake him.” 23 So we fasted and petitioned our God on this, and he answered our prayer.

5 The Ninevites believed God. A fast was proclaimed, and all of them, from the greatest to the least, put on sackcloth. 6 When Jonah’s warning reached the king of Nineveh he rose from throne, took off his royal robes, covered himself with sackcloth and sat down in the dust. 7 This is the proclamation he issued in Nineveh: “By the decree of the king and his nobles: Do not let people or animals, herds or flocks, taste anything; do not let them eat or drink. 8 But let people and animals be covered with sackcloth. Let everyone call urgently on God. Let them give up their evil ways and their violence. 9 Who knows? God may relent with compassion turn from his fierce anger so we will not perish.”